The Annual General Meeting (AGM) of Wynnum Wolves Football Club Inc will be held on Friday 14 December 2018. All members are welcome to attend the AGM. The AGM gives all members the opportunity to contribute to the association through the official engagement of members into key elected positions. 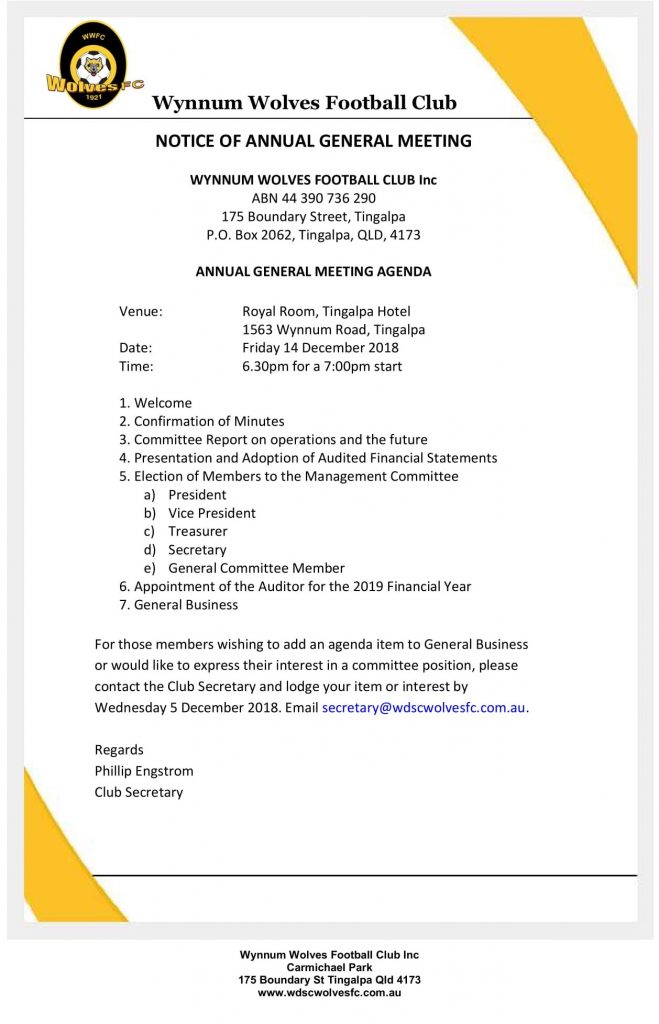 Election of a Management Committee Member

(a) any 2 members of the association may nominate another member (the candidate) to serve as a member of the management committee;

(b) the nomination must be—

(ii) signed by the candidate and the members who nominated him or her; and

(iii) given to the secretary at least 14 days before the annual general meeting at which the election is to be held;

(c) each member of the association present and eligible to vote at the annual general meeting may vote for 1 candidate for each vacant position on the management committee;

(d) if, at the start of the meeting, there are not enough candidates nominated, nominations may be taken from the floor of the meeting.

A person may be a candidate only if the person—

(b) is not ineligible to be elected as a member under section 61A of the Act.