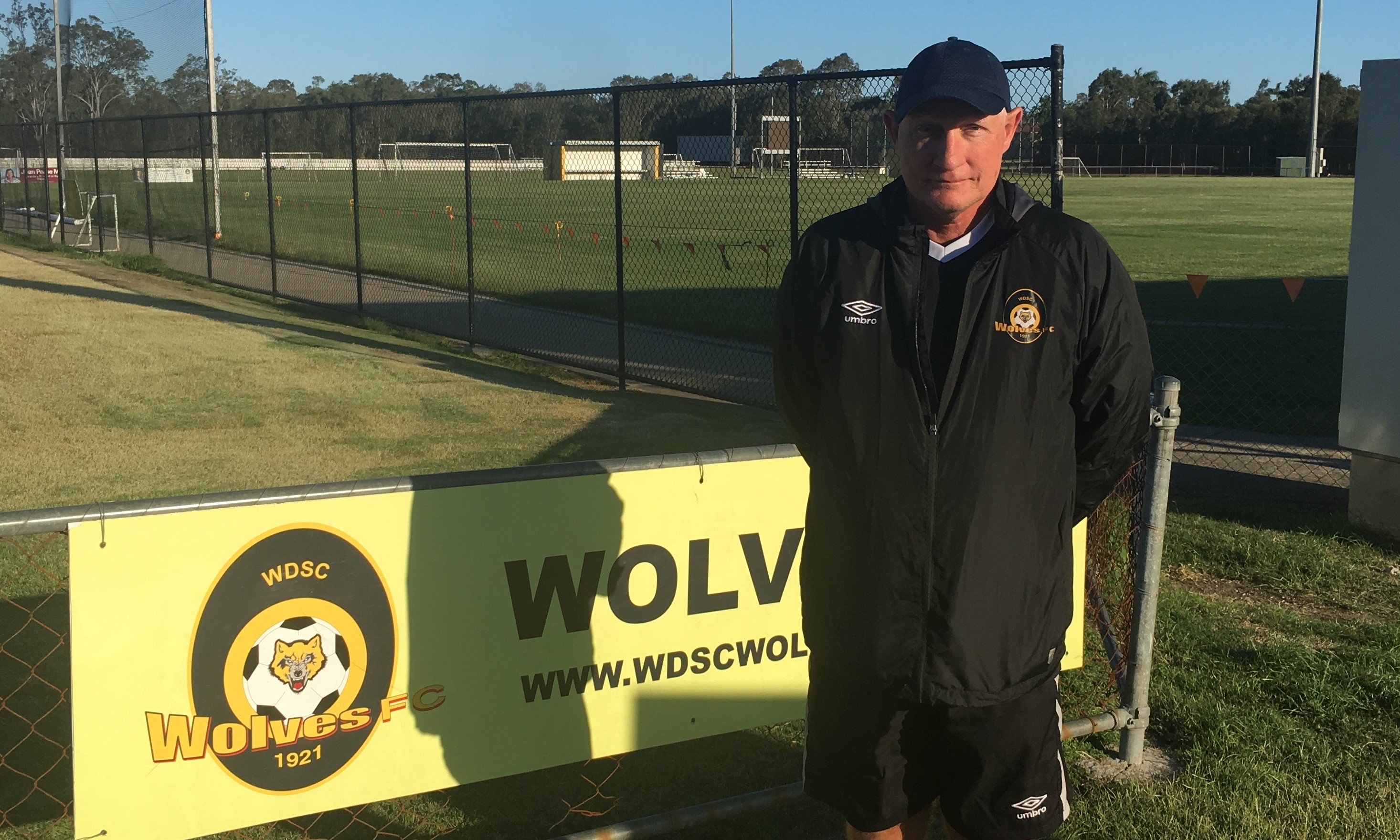 WYNNUM WOVLES’ junior players and families might find themselves in a spot of “double trouble” this pre-season as players turn out for trials at the Bayside club. The Wynnum Wolves club is delighted to announce the appointment of Bill Mitchell – twin brother of the club’s current Technical Director, Ken Mitchell – to the role of Skill Acquisition Program (SAP) Co-Ordinator for the 2020 season and beyond. By “keeping it in the family” Wolves will boast one of the most experienced youth development duos in the game in Queensland taking charge of the club’s up and coming players.

A stalwart of junior development and coaching programs in North Queensland, Bill has also previously spent time in Wide Bay, and more recently Redlands, as a junior coach and co-ordinator and brings a wealth of football experience to this important role for Wolves. A previous Queensland Country Under 13 representative coach and experienced Technical Director at both Zone and NPL level, Bill has a passion for youth development in Football and is highly skilled at grounding young players with good tuition in both the technical and tactical aspects of the game during the critical SAP years. Under the football curriculum, the SAP years – from the ages of eight to 12 years – are all about providing talented young players with the necessary technical and tactical skills to play at a high level.

“One of the most rewarding aspects of being a football coach is watching young players grow and develop at this age. Their energy, enthusiasm and ability to learn new skills is limitless, and the progression you see from the beginning to the end of each season is enormous, which is one of the great joys of being a coach in this space,” he said. “Giving young players a solid grounding in the foundational skills of the game at SAP level is so important to setting them up for a smooth progression to full-field football once they reach their teenage years.”

Wolves Technical Director, Ken Mitchell, said Wynnum Wolves was very much a club aimed developing young players “from the ground up” and seeing them progress to bigger and better things. “Creating a pathway from the junior to senior ranks starts at the SAP level at Wolves. If we do our job well, we would like to think many of these young players will stay with Wolves and progress through our junior NPL ranks and become our Wolves’ Under 18, Under 20 and Senior players of the future. Both Bill and I have been a part of that progression at a previous NPL club and we’re looking forward to teaming up again to work towards that same goal at Wolves.” Ken and Bill will also be working closely together on coach education programs at the club to pass on their breath of knowledge to young coaches coming through the club’s ranks.

Trials will continue into next week with numbers still needed in the SAP Under 10 and Under 12 age groups as well as the NPL Under 13s and 15s.

Expressions of interest to trial for these teams can still be registered by contacting Wolves’ TD, Ken Mitchell on 0407 754 213 or via this link https://www.surveymonkey.com/r/2H96YJL.