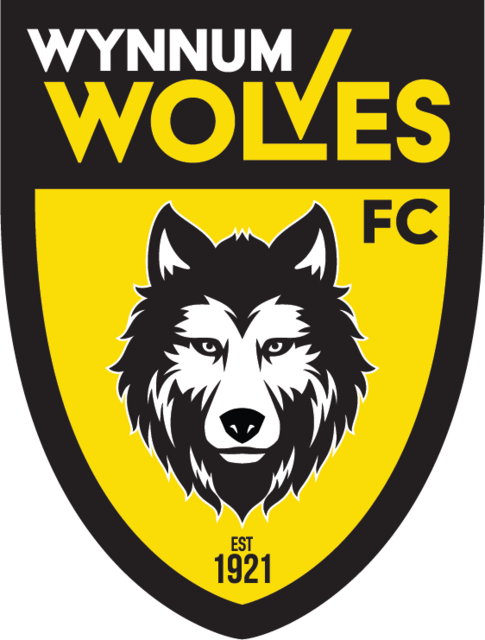 There’s an atmosphere of change and excitement in the air at Wynnum Wolves FC. On the back of an extremely busy and productive off-season the Bayside club launched the 2020 season with a huge club day at Carmichael Park last Saturday.

The club’s new logo – seen here – was designed by Sydney-based Graphic Design company Twosome Creative for the start of the new season. The fresh and distinctive new branding will not only take Wynnum Wolves into the new decade, but also towards a new century for the club which is gearing up for 100 th year Anniversary celebrations in 2021.

Wynnum Wolves 2020 Head Coach, Matt Chandler and club Ambassador, Frank Farina, unveiled the new logo on Saturday followed by a display of the club’s new Stanno playing strips and off-field apparel for the upcoming season for all its NPL Junior and QPL Senior teams. It will be a blend of both old and new across the fields at Carmichael Park this year with the club’s
community-based teams to wear the existing Umbro kits.

Wynnum Wolves’ president, Rabieh Krayem, believes the blend of old and new fits perfectly with the 100th Anniversary of the club less than 12 months away. “Yes, we have a fresh new look for our NPL Junior and QPL Senior teams in 2020, but for any organisation it is important to never forget the past, where we’ve come from, and who has given their time and passion to the club over many years,” he said. “There are few clubs that can claim a 100 history. I’m learning more and more about that history all the time and it was wonderful to see quite a number of past presidents, committee members, players and supporters turn out to our season launch last Saturday. “Their contributions will be more important than ever as we start planning for the club’s Centenary celebrations next year.”

But in in the meantime, Krayem believes there is a lot to get excited about for season 2020:

All this will ensure that the fields at Carmichael Park will be busy and buzzing right through until September. We’re looking forward to welcoming everyone to our den throughout 2020!